Around 1800, Jonathon Haines built a glass factory in what is now Clementon, situated on a large hill across the street from the modern day

Clementon Park. Large amounts of dirt, gravel and marl from the large hill the glass works were situated on were removed for use at a planned new post office in 1961. Sometime around 1811, Samuel Clement of Haddonfield purchased the glass works and named them the Gloucester Glass works, and named the small settlement around the plant as Clementon village.[19] Haines remained as a superintendent and at some point repurchased the works from Clement.

The Borough of Clementon was created on February 13, 1925, from Clementon Township, one of nine municipalities created from the now-defunct township, based on the results of a referendum held on March 17, 1925.

The borough is located on Clementon Lake, which is the site of the Clementon Amusement Park. The amusement park was home to the Jack Rabbit, a wooden roller coaster constructed in 1919 by the Philadelphia Toboggan Company. Though quite tame in comparison to modern steel coasters, it remained popular with park visitors. It was one of the oldest remaining coasters in the country when it was taken out of service in 2002 and ultimately demolished in 2007.

There are fees associated with paying your bill online. If you pay by ACH or e-check, there is a $1.05 convenience fee. The fee for all debit and credit card payments will be 2.95% of your total bill.

No fees are collected by the Borough of Clementon. 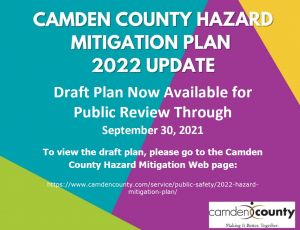